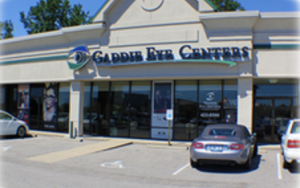 Our practice will be closed daily from Noon – 1:00 PM for lunch. 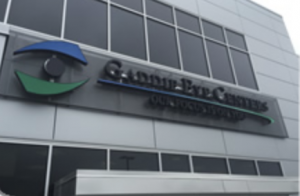 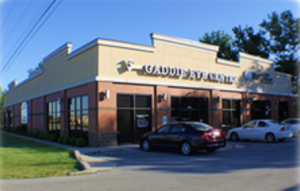 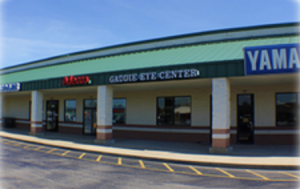 Welcome to Louisville – home of Gaddie Eye Centers and many more amazing sites to see! We perform comprehensive eye exams for patients of all ages, in addition to a full range of personalized eye care services. Our offices are outfitted with top-of-the-line technologies to ensure precise vision results and treatments for ocular disease, and our optical collection is filled with trending, quality frames to keep all of our Louisville patients seeing sharp and in style. We’ve been serving Kentucky for 50 years with superior care for vision and eye health, and we look forward to satisfying all your visual needs!

Fun facts about Louisville. Did you know…? 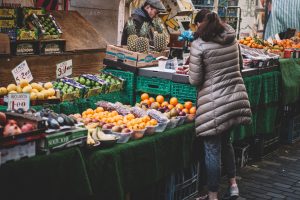 The Louisville Lions Club offers “KidSight” a humanitarian project to provide vision screening for kids. Without sharp vision, kids can’t learn or develop properly. Children are vital – and Louisville is dedicated to meeting the needs of all local youth in need.

Louisville Farmers Markets are a popular attraction, jammed with bustling activity and mouthwatering fresh produce. Just think about all the eye-healthy friendly vitamins that you can get in every basket of fruits and veggies you purchase! There’s plenty of vitamin A, vitamin C, minerals and nutrients to meet the vision needs of all of Louisville. Our farmer’s markets are also about more than food – they are family festivals to enjoy together. There’s the Original Bardstown Road Farmers’ Market, the St. Matthews Farmers Market, and the Douglass Loop Farmers Market, try a different one each week!

The Fourth Street Live! Entertainment District of Louisville hosts the lively Strassenfest for two days every year. It’s a time to celebrate German culture with food, drink, live music, and a stein-hoisting competition.

On the topic of food, have you ever tried Louisville’s signature dish? Called the Hot Brown, it’s a broiled open-faced turkey and bacon sandwich topped with buttery Mornay sauce, parmesan cheese, and tomatoes. The name pays homage to the Brown Hotel, where the dish was invented in 1920. If you’re craving one of these savory sandwiches, we recommend sharing this big bite with a friend! 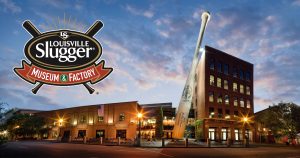 A colossal replica of Babe Ruth’s baseball bat hangs outside the Louisville Slugger Museum. Made of steel, it weighs 68,000 pounds and measures in at 120 feet tall.

Which of your favorite celebs call Louisville home? Muhammad Ali, nicknamed simply “The Greatest” was from Louisville. We’re also proud to have given home to many other “greats”, such as the actress Jennifer Lawrence, television journalist Diane Sawyer, and journalist Hunter S. Thompson. Louisville is also where Tom Cruise got his start in business, working as a newspaper delivery boy.

Look No Further for Full-Service Vision Centers Near Me!

We are your leading Vision Centers near me in Louisville, KY, with four offices located conveniently in Oxmoor, Carrollton, LaGrange, and Springhurst. For over 50 years, we’ve been serving Jefferson, Carroll, Oldham, and all surrounding Kentucky counties with exceptional eye care services. With highly qualified eye doctors and a friendly, compassionate attitude, we keep our doors open to new and returning patients.

At your Kentucky vision centers near me, clear vision and healthy eyes are what we do best. Our team of optometrists is committed to providing your family with cutting-edge eye and vision care. We perform comprehensive eye exams for adults and children of all ages. Every stage of life is associated with different visual concerns and requirements, and we provide personalized attention to make sure every patient receives the eye care they need.

Looking for new eyeglasses or sunglasses? Stop by anytime to view our glasses collection. You can depend upon our medical and optical services.

We invite you to visit our optometry practice in Oxmoor, LaGrange, Springhurst, or Carrollton, KY, to benefit from a total range of eye care services. In addition to eye exams and vision testing, our eye doctors fit eyeglasses and contact lenses, co-manage LASIK and other refractive procedures, manage eye diseases, and treat conditions like computer vision and dry eye syndrome. If you experience an eye emergency, we are here to help – there’s not always a need to rush to the hospital emergency room; contact a nearby office of Gaddie Eye Centers, your vision centers near me, for assistance.

Call us to make an appointment with our eye doctors to talk about your eyeglasses, contact lenses or specialty lens needs. You are also welcome to drop in anytime to browse through our large selection of designer eyeglass frames and sunglasses.